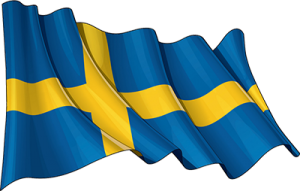 In my quest for information, I kept coming across “The Swedish Obesity Study” (SOS) as a much cited research study supporting the benefits of Bariatric Surgery.

The initial study (which commenced in January 1987) included just over 4000 participants with approximately 2000 subjects going on to have Bariatric Surgery, and 2000 as a “control” who used conventional weight loss treatments (diet, exercise, counselling).  There were followups with participants after 2 years and 10 years.

The average weight change in control subjects was less than +/-2% during the period of up to 15 years during which weights were recorded. Maximum weight losses in the surgical subgroups were observed after 1 to 2 years: gastric bypass, 32%; vertical-banded gastroplasty, 25%; and banding, 20%. After 10 years, the weight losses from baseline were stabilized at 25%, 16%, and 14%, respectively. There were 129 deaths in the control group and 101 deaths in the surgery group.

As compared with conventional therapy, bariatric surgery appears to be a viable option for the treatment of severe obesity, resulting in long-term weight loss and improved lifestyle.  Weight reductions achieved in the surgical group reduced the two year incidence of diabetes 32 times as compared to the controls, and after eight years there was still a 5-fold reduction in diabetes incidence.

The graph below shows % change in weight for each group over time.  There is a clear and significant weight reduction of particiants undergoing Baritric Surgery over those who don’t, and of the three different types of surgery included in this study, the Gastric Bypass is significantly more effective. 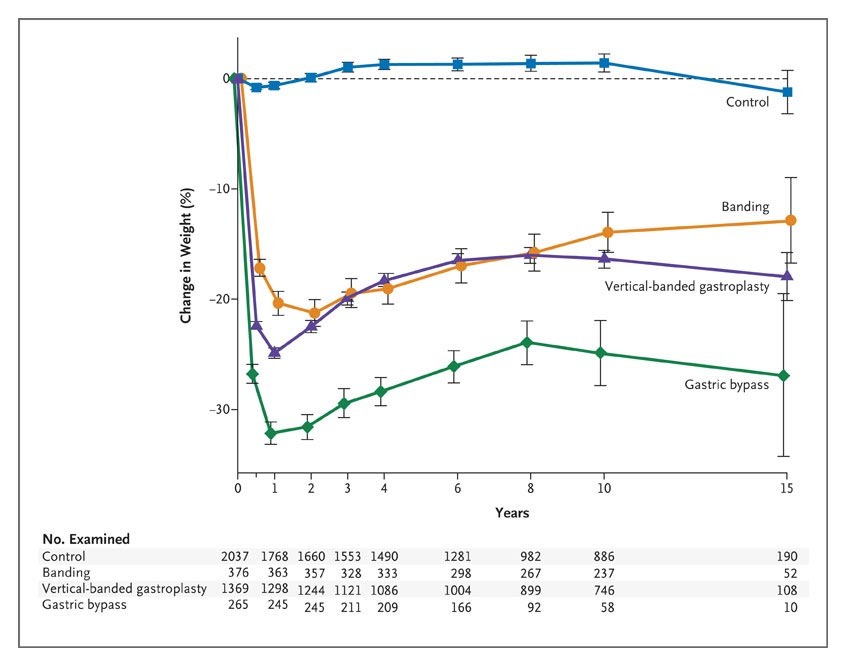 Here are some of my own interpretations/concerns regarding the data :