I have finally got my hands on the video of my Gastric Bypass Operation.

Despite researching Gastric Bypass a lot, I had never seen any video footage of the procedure, so I found this fascinating – particularly as it is my own surgery 🙂

Saying that, if you are a bit squeemish, you may choose not to watch this :).  This video just shows the “highlights” – it runs for just over 6 minutes and the total procedure took closer to an hour.

Here are some timestamps and brief descriptions of what is going on :
(note these annotations are my own and not necessarily medically accurate)

Day of Surgery Posts Have been Updated

By now the surgery should all be complete and I will have been back in my room for a few hours.

I don’t need to worry about any distractions like “hospital food” as I expect to be nil by mouth for the whole time I am here… All Nutrition and hydration will be via a drip. 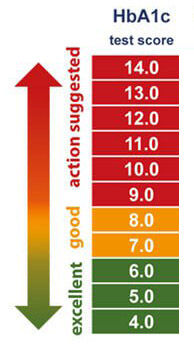 The local endocrinologist popped in early evening to check my blood sugar levels which were (to me) surprisingly going up – when I had expected them to be going down as I hadn’t been eating anything. However, this was apparently a result of the anti-nausea medication, which is know to have this effect… so all good…

All in all a pretty good day… everything went relatively smoothly (apart form the Scarred Liver issue – which I didn’t find out about until later anyway) and reasonably closely matched my expectations.

Pain was nowhere near as bad as I had anticipated and all hospital staff have been awesome (as expected).

Day of Surgery – Back to My Room

By now I will be back in my room settling down for a hopefully uneventful and pain free couple of days of recovery.

Got connected to a whole array of machines and equipment

I also had a remote control to call nurses, turn on/off lights and TV and control TV Channels/Volume… and an array of switches to raise/lower/adjust the bed.

Lots of nurses coming and going checking blood pressure and blood sugars every couple of hours.  I had to page them a  couple of times to disconnect me from everything (except the drip) so I could go to the loo… and on each occasion I took the opportunity to do a couple of laps around the ward.

Throughout, I had virtually no pain,  just a little discomfort… which just really felt a bit like gas in my stomach/intestine… It this felt better each time I went for a walk.

I also felt like burping more than usual… but fought the urge a bit, not knowing what it might do to my stomach… probably shouldn’t have because later on when I had a bit more confidence burping helped with the discomfort.

Just 5 small dressings (little bigger than a standard bandaid) on my belly to prove that I even had an operation… maybe they forgot to do it. 🙂

Phoned my sister to let her know all was OK and she had already had an update form the surgeon and knew more about it than I did.  I wasn’t feeling nauseous at all, but partway through the call I suddenly had to throw up (you know what little sisters are like).  Didn’t have anything to throw up into, but managed to hold it (mostly) in my mouth until a nurse (who was handy) gave me a container… It was pretty much all blood… which is apparently pretty normal… Threw up again an hour or so later – just bloody liquid this time though… felt a LOT better after I had thrown up each time 🙂 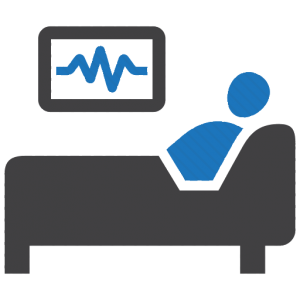 By now my Operation will be complete… I will have been wheeled into the recovery room and will come out of the Anaesthetic.

Surgical Nurses will come and go checking on me for a while, and then surgeon will probably drop in to let me known how the surgery went.

The nurses will help me to get up and encourage me to walk around a bit ASAP.   This is standard post-op procedure for laproscopic procedures, to encourage the re-adsorption of any Carbon Dioxide remaining in my stomach cavity.

Once they are satisfied that I am (mostly) OK, they will wheel me back to my room.

Came to in the Recovery Room around 13:30…. Oblivious of course of everything that happened during surgery.  Not sure if the Surgeon/Anesthetist dropped past (but I can’t remember them if they did). 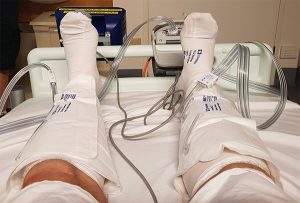 No walking at this stage, but I now also have air bladders on my legs (over the top of my compression stockings) which automatically inflate and deflate… This is again to mitigate against deep vein thrombosis, and will stay on until the next morning.

I dozed off an on for a while and was wheeled up to my Ward and into the room (a shared room with one other patient who had had a bowel cancer removed laproscopically earlier that morning).

Day of Surgery – The Operation

By now my Operation should be underway (or about to start)….

I will be suitably impressed by how many there are on the surgical team and all the fancy medical equipment (especially the machine that goes “bing”).

Wheeled into the operating theatre at 12:00 (an hour behind schedule)… Transferred to   surgical bed (which was not as comfy as my other bed – but I guess who cares when I am out cold :))

Operating theatre very impressive – lots of important looking machines (no “binging” though).  There were a few nurses around but everyone wearing masks so I don’t know who was who.  Can’t really remember anything about this so I must have been knocked out pretty quick – didn’t even get a countdown (that I recall).

Update: – It took a while, but I have finally got my hands on a “highlights” vidoe of the actual procedure.. See: Mini Gastric Bypass Surgery – The Video – for more information but here is the video :

Next thing I knew I was in the recovery room, but here is what I learnt afterwards….

When the surgeon “got in” he discovered that my liver was much more scarred than we expected (we were already aware there was some scarring – and potential cirrhosis of the Liver because of early testing).  Scarring causes the liver to become less pliable – making it harder to “work around” during the operation and also potentially significantly increasing the risk of bleeding during surgery.

This was apparently a touch and go moment – deciding on whether or not to proceed with the operation…. But because the surgery was clearly the best option for my Diabetes and Weight Loss, and likely the best long term option for my liver as well, the surgeon decided to go ahead… I am SO glad that he did, because if he stopped at this stage, it is unlikely that bariatric surgery would be a real option for me again.  He took a biopsy of the liver and I guess we will see what (if anything) needs to happen with regard to Cirrhosis further down the track 🙂

Everything else (apparently) went extremely well and an hour or so after arriving in the op theatre I woke up in the Recovery Room.

Note: I hope to add some extra photos here of my actual operation… Everyone (except the surgeon) seemed a bit nervous talking about photos, but he apparently took a whole lot (including some “gruesome”) ones which I hope to get hold of and include here 🙂