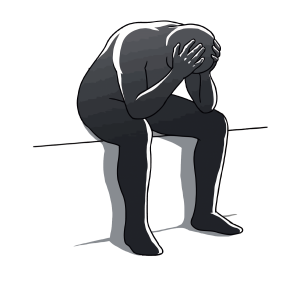 A little before my 49th birthday, someone I had considered a “close friend” who I had spent a lot of time with over the previous 12 months or so, decided – seemingly out of the blue – that we should no longer keep in touch..

She had a whole lot of emotional issues going on at the time, with a messy marriage.. and financial concerns… so I don’t blame her, she had to get herself sorted out… However I was more emotionally attached than I had realised and it hit me hard….

I put on close to 20 kilos over the next 12 months or so,  which was the most significant weight change I had experienced in my life…. It’s only recently that I realised how much weight I had gained so quickly over this period… and I recognise now that I was probably suffering a little from depression.