Still no real pain…. I’ve not had any painkillers since the day after surgery (and they were just a couple of precautionary Panadol going to bed).  I am “conscious” that I have had an operation. and every now and then when I need to cough or sneeze, I brace myself in case it hurts – but no pain at all.  I would rate my pain as a 1 on the pain scale below.

I feel a little tightness/discomfort sometimes in my stomach… but this mostly seems to be “gas” related… it feels a little bloated and gassy – particularly after I have just “eaten”… so I am guessing this may be the sensation I get if I eat too much (although the liquid diet I am on at the moment pretty much flows straight through).  Yesterday particularly there were lots of gas displacement bubblings and grumblings in my stomach/intestine… but no worse than I would expect if I had skipped a meal or two.

The most “painful” thing I am having to deal with at the moment is watching all the food ads on TV !!!

(not my body in case you were wondering)

I was only planning on weighing myself weekly… but I have some cool new bluetooth/app connected scales which are FUN…. so I have been doing daily (first thing in the morning) weigh ins. According to the new scales, I have lost 5Kgs since the day of surgery (although my old scales mysteriously died on the day of surgery, so there may be an initial discrepancy between scales).

According to the new scales I have so far been consistently losing 1Kg a day… which is more than I expected – certainly not sustainable – and probably not safe…. I may not be eating enough… 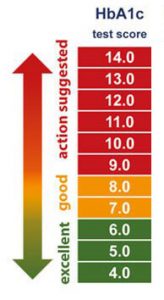 I have not had any Diabetes medication since the day after surgery…. and my blood sugar is behaving very nicely.  I am doing regular tests and it is pretty consistently 5s and 6s… although I have not been having any carbs or any “real’ Food so this is quite possibly the major factor here

I have not been hungry AT ALL… but am forcing myself to “eat” because I know protein is important for wound recovery.  Although I suspect I am still not eating enough so will need to build this up.

I am on a liquid diet (and will be for probably 2 weeks before I can start having “mush”).  At the moment, if I can’t have it through a straw than I cant have it at all (to minimise pressure in my stomach until the stitches start to heal).  The types of things I have been drinking are – Up and Go, Protein water, Cuppa Soup, V8 Fruit/Vegetable Juice, etc… so a fair variety – but I am already missing “texture”.

At the moment I am only drinking a sip/mouthful at a time… so it takes me 10 minutes or so to take a full cup…. Could probably have more than this, but happy to take it easy for now.

Interestingly, research I have undertaken suggests that food preferences often change after Bariatric Surgery.  I didn’t really believe this, but at the moment, the types of foods that I am eyeing up at the supermarket (planning for mush stage and beyond), tend to be healthy whole foods, veggies and salads, rather than Carbohydrate based foods which I would normally prefer.

Even though I am not feeling hungry, I am still “enjoying” some of the food smells when my son is cooking his dinner…. and am becoming more and more aware of just how may Food shows and Ads there are on TV